During those 5 years of living hell on earth, Ben was fortunate to survive several Ghetto’s and concentration camps, including the notorious Auschwitz, Buchenwald, he was liberated in Dachau.

In 1947, Ben arrived to the United States and settled in Los Angeles where he met and then married his wife Jean in 1950. Ben & Jean have been blessed with 2 daughters, 4 grandchildren and five great-grandchildren.

In Los Angeles, Ben became a Realtor and had two successful Real Estate offices, Ben Lesser & Associates. He is past president of the Los Angeles Westside Beverly Hills Brokers Association.

Since 1995, after retiring to Las Vegas, Ben has been devoting his time as a volunteer, speaking in schools and colleges on The Holocaust.

Ben said that he has dedicated his present life to the pursuit of preserving the memory (ZACHOR) in order to prevent the world from contracting AMNESIA.

See Where Ben is Featured

Check out Ben’s footprint to Never Again: from around the world to museums, exhibits, art inspirations, educational institutions and films. 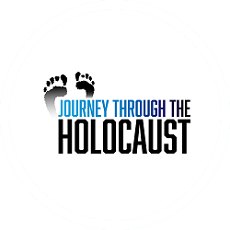 Ben’s Journey Through the Holocaust 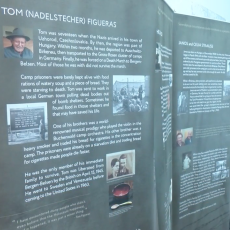 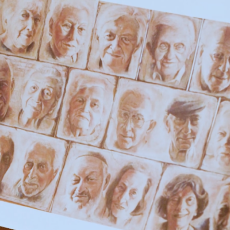 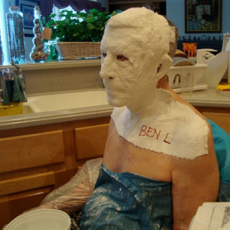 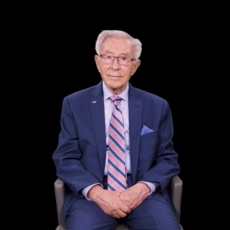 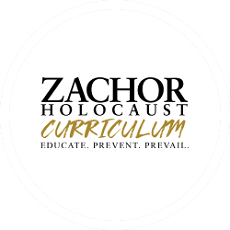 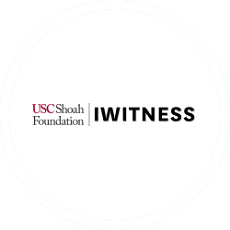 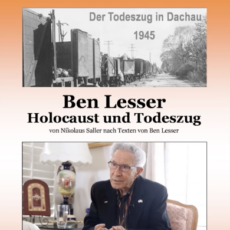 His Way Through the Holocaust, abridged version in German

Watch Ben in action. Listen to him speak at various schools throughout the nation. Hear the detailed accounts pre, during and after the war. Should you want to watch Ben Lesser’s historical Shoah, please click on the Survivor Testimonials. Navigate through the videos using the video log on the right side of the video player.

A listing of important dates in Ben’s life, from birth to his life today in Las Vegas.

Hitler is born in Braunau am Inn, Austria

Nazis take over Austria League of Nations convenes with del

The MS St. Louis, with 930 Jewish refugees, is turned away b

Lesser family escapes to Bochnia in the middle of the night

May: Ben and entire family are forced to le

May 14: British Mandate ends in Palestine Declaration of

LIVING A LIFE THAT MATTERS: From Nazi Nightmare to American Dream

Living A Life That Matters is one of the motivational and inspirational books written by Holocaust survivors. In this engaging, inspiring, and educational Holocaust survivor memoir, Ben Lesser invites you to revisit a time in history when the world went mad. Learn how this ordinary, young Jewish teenager from Krakow, Poland, survived through extraordinary times living in ghettos, enduring four concentrations camps — including Auschwitz, Buchenwald and Dachau — two death marches, and two death trains. After liberation from Dachau, the Holocaust survivor slowly healed, eventually recovering physically from his near-death experience. At age 18 – penniless, uneducated, and unable to speak English – he made his way to the USA and succeeded in living the American Dream. 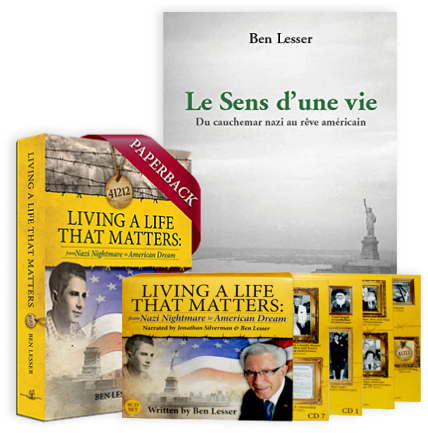 This nonfiction account is one of the most important rags-to-riches biographies by Holocaust survivors. Ben serves not only as a teacher, but also bears witness to the past, teaching students of all ages the important values of tolerance, democracy, respect for human dignity, and decency. Despite sorrow and tragedy, his determination to achieve his dreams is a harrowing biography of his life that will inspire you to achieve your own dreams.

This unforgettable story of courage, determination and achievement is available in audiobook, e-book, paperback and hard cover.

Now available in French and an abridged version in German.

Ben Lesser is such a wonder at 93 years young! His historical eye-witness accounts are beyond educational – it is meaningful. Although he loves to travel for live speaking engagements, he is also available via virtual ZOOM to share his story. If you would like Ben to visit your class / school, or group event, please click here. 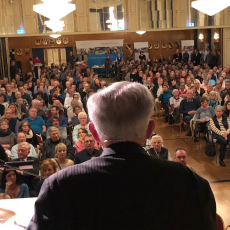 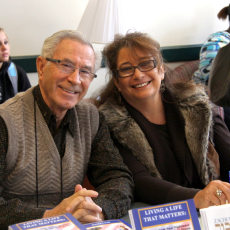 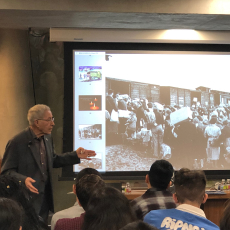 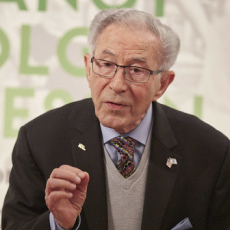 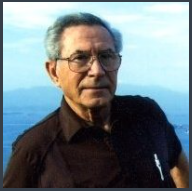 What is Ben Lesser doing now? Please visit Ben Lesser’s official blog where he recounts memories from his past and shares how he lives a life that matters today.

2011: Ben’s book, “Living a Life That Matters: From Nazi Nightmare to American Dream” is published.

Ben is featured in the History Channel Germany documentary, “The Liberators: Why We Fought”

May 14: British Mandate ends in Palestine

Declaration of Independence of the State of Israel

September 21: Ben arrives in the USA via the SS Ernie Pyle

December: Reunites with sister Lola and her husband Mechel

February-March: Ben and Isaac were forced to walk the infamous 3-week Death March to Buchenwald. Upon arrival, Isaac and Ben showered, ate a little soup and after one-night rest, they hopped into a cable car train.

May: Ben and entire family are forced to leave their homes and are crowded into cattle cars for deportation to Auschwitz-Birkenau. Ben, Uncle and Cousin Isaac bunk together for two weeks in Birkenau.
June: Ben, Uncle and Cousin Isaac were transported by truck to Durnhau Rock Quarry Labor Subcamp within the Gross-Rosen Concentration camp. They lived in the barracks in the subcamp for nearly a year working in the quarry, while Ben’s uncle worked in the kitchen. Abruptly, they were separated from his Uncle to leave the camp by foot.

February: The Romanian government receives no response from offers to Britain and the US to transfer 70,000 Jews to Palestine
March: American Jews hold mass rally at NYC’s Madison Square Garden pressuring US government to help the Jews of Europe
Krakow Ghetto is liquidated; newly-built gas chamber/crematory IV opens at Auschwitz for arriving Hungarian Jews
Warsaw Ghetto Uprising
April: At Bermuda Conference, U.S. and British representatives discuss problem of refugees from Nazi-occupied countries, no action results
Nazis declare Berlin to be Judenfrei (cleansed of Jews)
US Congress holds hearings about State Department’s inaction on European Jews despite mounting reports of mass exterminations.
November: Ben and brother, Tuli, transported to border in bottom of coal truck, meet Uncle at bottom of forest ravine; reunited with Lola and Mechel in Budapest; reunited with Munkacs family

Lesser family escapes to Bochnia in the middle of the night
The New York Times reports that Nazis have machine-gunned over 100,000 Jews in Baltic states, 100,000 in Poland and twice as many in western Russia
London Daily Telegraph reports that over 1,000,000 Jews have already been killed by Nazis
Swiss representatives of World Jewish Congress pass information to London and Washington regarding Nazi plan to exterminate all Jews
Open-pit burning of Jews begins at Auschwitz

March: Ben and family leave Krakow for Niepolomice
SS murder squads (Finsatzgruppen) begin operations in Poland
Japanese attack US at Pearl Harbor
US/Great Britain declare war on Japan
Hitler declares war on US
The MV Struma leaves Romania for Palestine carrying 769 Jews but British deny permission for the passengers to disembark. It sails back into the Black Sea and is sunk by a Russian submarine as an “enemy target”
Mass killings of Jews using Zyklon B gas begin at Auschwitz Birkenau with the bodies being buried in mass graves in a nearby meadow

The MS St. Louis, with 930 Jewish refugees, is turned away by Cuba, the US and other countries, returning to Europe, where many perish in concentration camps
Great Britain and France declare war on Germany
Soviet troops invade eastern Poland
Yellow stars are required to be worn by Polish Jews over age 10
Oswiecim (Auschwitz) near Krakow, chosen as the site of a new concentration camp
Poland’s Łódz Ghetto, with 230,000 Jews, the Krakow Ghetto, containing 70,000 Jews and the Warsaw Ghetto, containing over 400,000 Jews, are sealed off
Nazis occupy Paris
France signs armistice with Hitler.

Hitler is born in Braunau am Inn, Austria